It ain’t pretty here. Working under the assumption that Wednesday was THE day, I packed up the kitchen on Monday.

On Tuesday, Huppy tells me the move is happening on Saturday instead. So what do you think is happening? There are no pots and pans to cook with and no food to cook in them anyway.

We’re all a bit grumpy and underfed. Luckily, I kept the wine handy.

This is what 70% of our stuff looks like, all in one corner of the apartment:

And this is what happens when you try to do your landlord a favor. 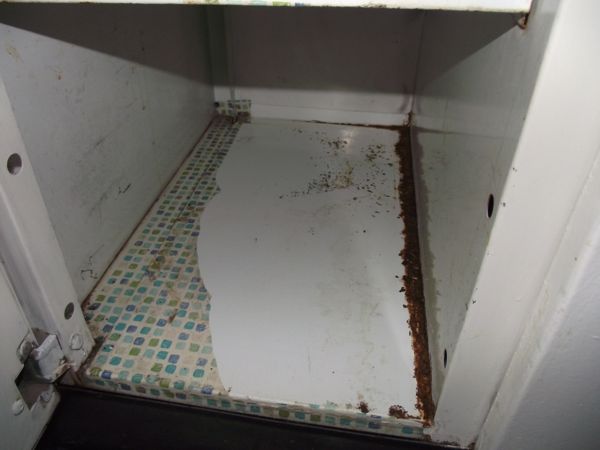 See, according to our lease, we’re supposed to leave the apartment move-in clean. (How that works in reality is beyond me, but whatever.) Because of that requirement, I’ve been cleaning like a mad woman, trying to get the place acceptable. Even washed and repaired all the blinds. However, in my overzealous effort to clean the kitchen cabinets, I accidentally pulled up some of the old contact paper that was underneath my contact paper.  I thought, OK, don’t freak, just do the landlord a favor and remove the old contact paper as well. I mean, it looked like it was from the 1970s and somebody had just left it there. (And I don’t want to hear how cool the retro pattern is and that I should’ve left it. The stuff was iredeemably scuffed up with pot bottom crud and not MY pot bottom crud either.) Little did I know that the somebody who had left it there did so because it was hiding the evidence that the shelf was rusted and rotting on the side closest to the sink. Attractive, oui?

My question is, what the hell am I supposed to do about this? Do I have to go out, buy new contact paper and recover the damn thing? Hiding it from the next tenant? Or do I notify the landlord and say “Dude. The shelves are rotting.” and let him deal with it?

What would the Dr. do? 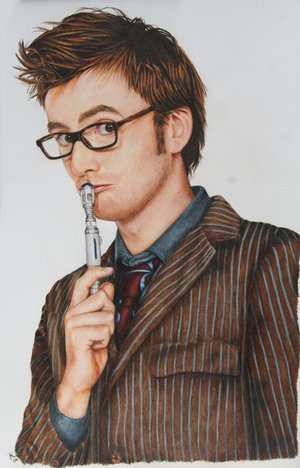