Ok, so maybe these updates aren’t as interesting as Huppy’s are. But hell, he’s in the Caribbean and I am not. OF COURSE his are going to seem a bit more glamorous.

Though, one thing I know he’s NOT getting is fresh vegetables. So, the garden is doing OK. I’d give myself a B-.

Here’s the overall view of the garden with the newly installed trellis. 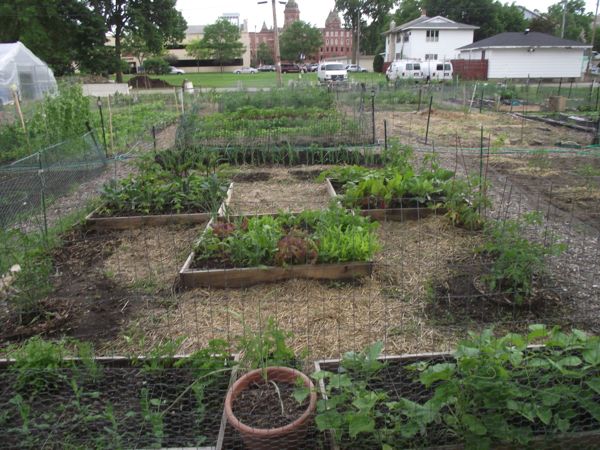 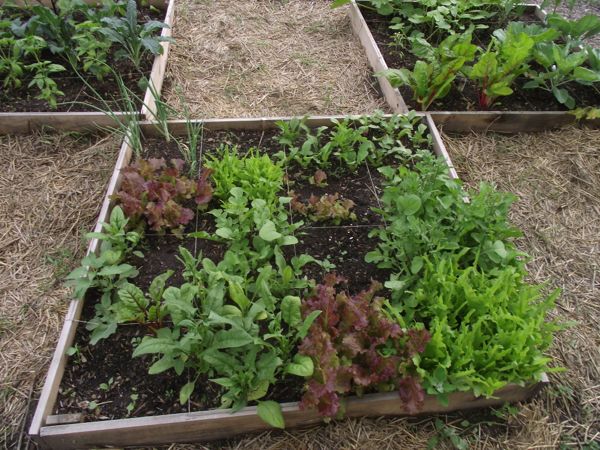 I call this my salad box. 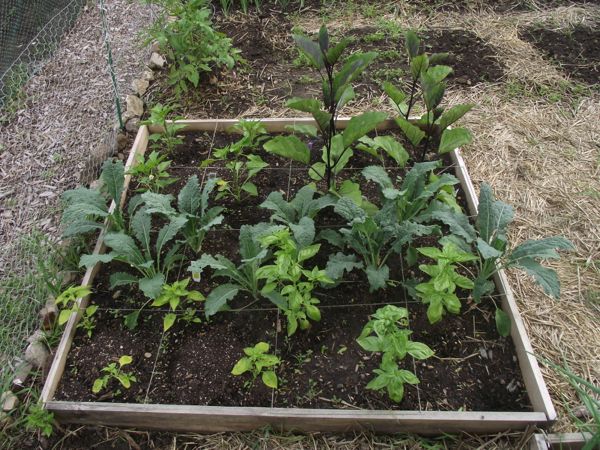 This is my pepper, eggplant and kale box. Oh, and some basil. The habaneros aren’t doing so well. I gave them more food yesterday. 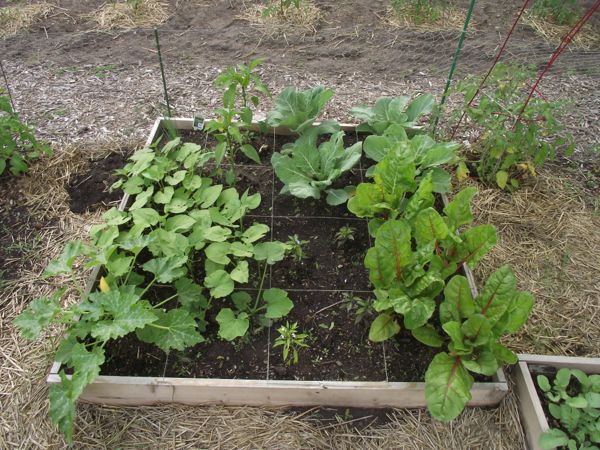 This is bush beans, zucchini, swiss chard and collards. Oh, and a few tiny pepper plants that the Hmong woman, Pah, gave me. Oh, and a few poblano plants in the back there. Almost forgot about those.

See? I even got a zucchini flower or two! 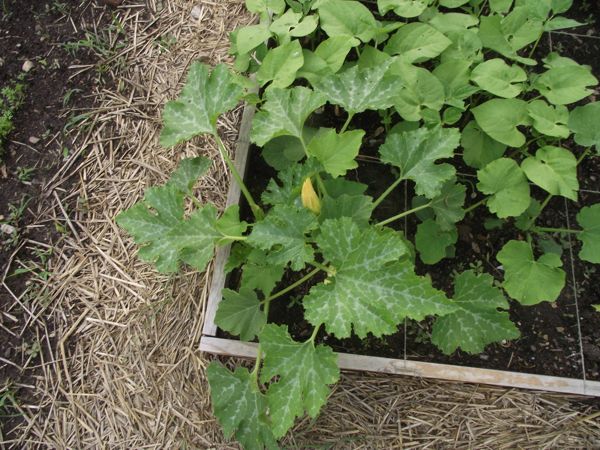 FYI, them leaves are scratchy.

OK, here are my carrots that I have to thin out but barely have the heart to do. 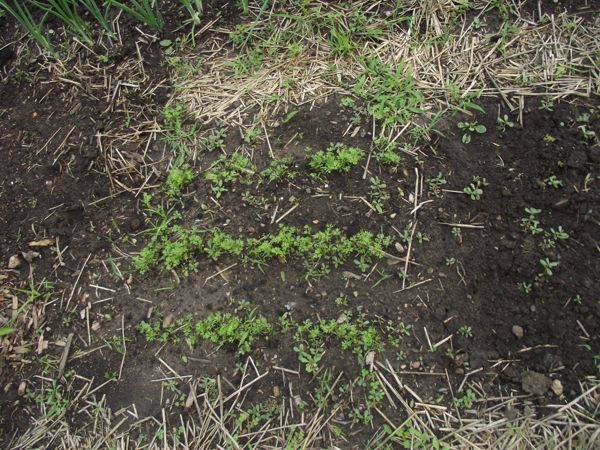 I have two patches of those and on the outside of that, I just planted some pinto beans. Who knows if they’ll grow or not, but I couldn’t stand seeing that space go unused. I also planted a few pumpkins in the a corner. I have no idea if that will work at all. Not a lot of room for them to crawl, but we’ll see.

Now, the onions and potatoes are going like crazy. 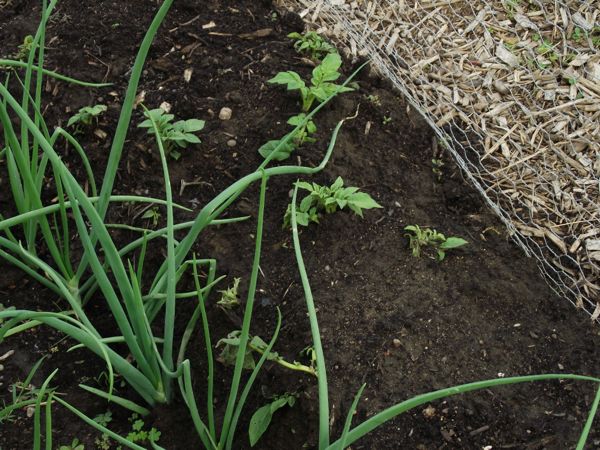 You see the potato plants there trying to make a break for it. I’ve buried them like 4 times already. The more you bury them, the more potatoes you’ll get. Had I known how it was going to go, I would’ve done it MUCH differently.

Here are my climbing boxes. I THOUGHT I had planted pole beans, but I actually planted more bush beans. Oh well.  Cucumbers seem robust though. 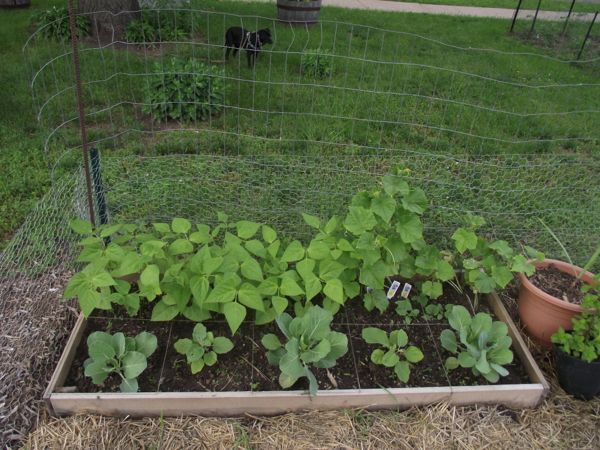 The front bit, as I mentioned in a previous post are cabbage and eggplants from Pah. And the other climbing box with the snap peas 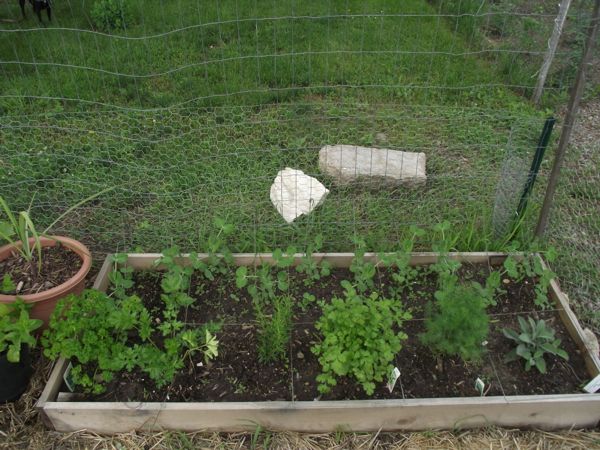 is actually trying to climb! The spices there are doing well though. From left to right, two kinds of parsley, rosemary, cilantro (which I’m told bolts really fast here so it needs to be tended to and watched), dill and sage.

Oh, and in the middle of the peas, I planted one canteloupe in each square. I figure, once the peas grow, the cantaloupe can do whatever it wants. And because I’m radish greedy, I planted radishes along the front of both narrow boxes, about 20 or so per box. They don’t take up any room and they grow mad fast. Also, they do the funniest thing; they literally are birthed from their spot. When they’re done, they practically pop out of the ground on their own. It’s so weird.

Before I took what I wanted, I walked around the other gardens. The Hmong women have the coolest little things for their climbers. Next year, I’m SO going to do this instead of the metal trellis. 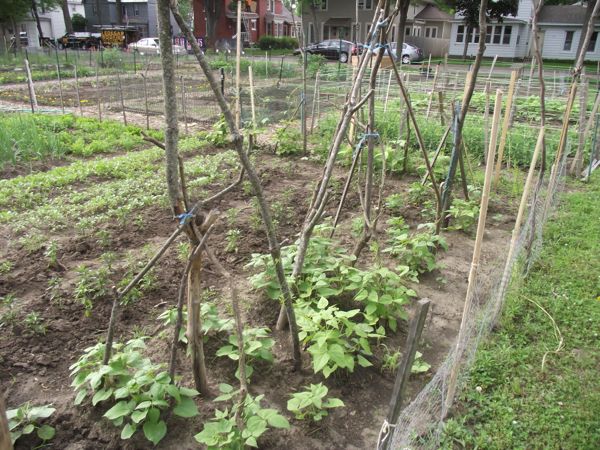 So, I picked a bunch of stuff for a salad and some greens to cook up. It was time. The chard was getting bushy and I guess cutting them back makes them grow better.

I got the usual bunch of greens. (I am soooo addicted to arugula right now) 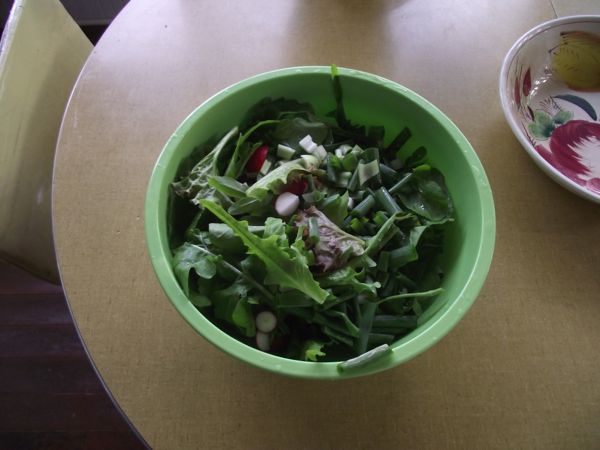 and I sautéed up a bunch of chard, collards and kale with some garlic. 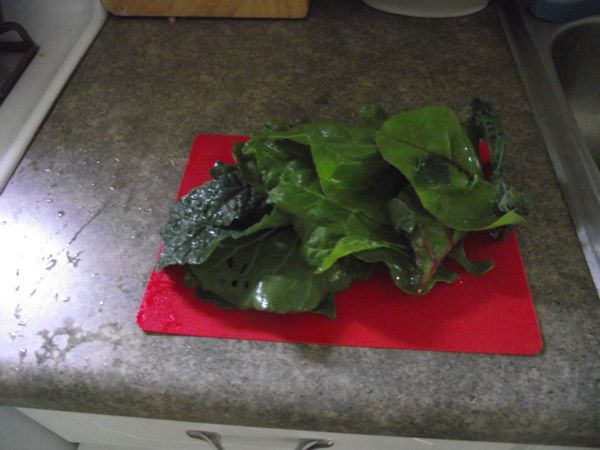 See those annoying little holes in one of the chard leaves? Some larvae thing is munching on my garden! I had to get some natural bacteria and spray the leaves. I hope it works. Those little buggers are voracious.

I cooked up a little Minnesota wild rice and wow, not too shabby. 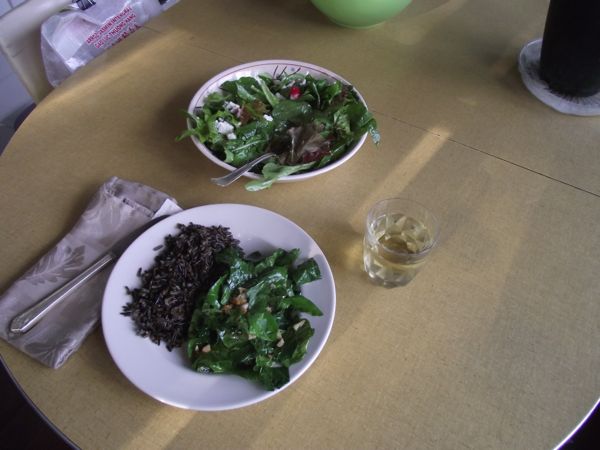 Yeah, not as exciting as the Caribbean. But very delicious.