We went to another indigenous town today. It was an easy journey. 13 pesos each. Huppy and I were seated in the very back seat of a minivan. It was a simple ride and quiet. The other passengers were sleeping. At one point though, we heard this muzzled thrashing behind us and we looked into the back part of the van and there was a large cardboard box. Imagine my shock when I saw, peering out at me, one little terrified chicken’s eye. As my father-in-law said, I would not want to be a chicken in this part of the world. You never know if you’re going to be eaten, boxed, strangled in a religious ceremony or just tied up at the feet and hung upside down for hours until you get to whatever your fate has in store for you.

Zinacantán wasn’t as hardcore as Chamula was, but it was still pretty cool. We were lucky. When we got there, the church was filled with people because of a couple of weddings and baptisms. The coolest thing about this town is the clothing. Everybody was wearing embroidered clothing that was mostly purple. LOTS of purple. 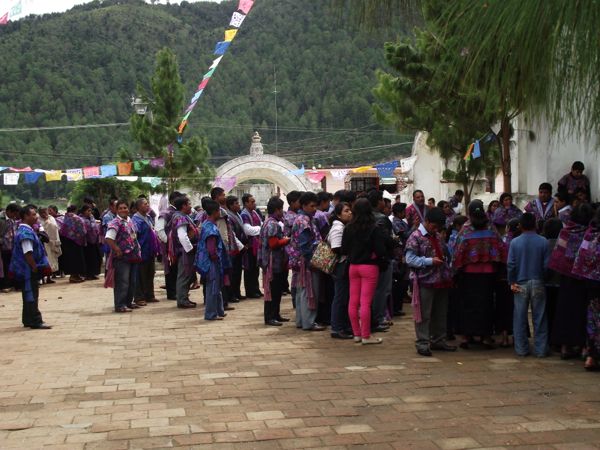 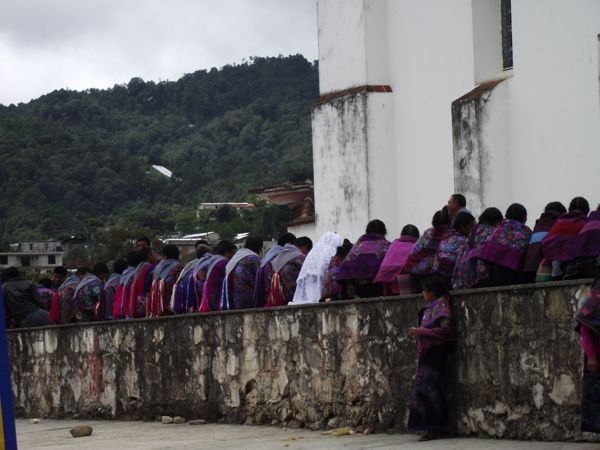 Here’s a picture of one of the happy couples. 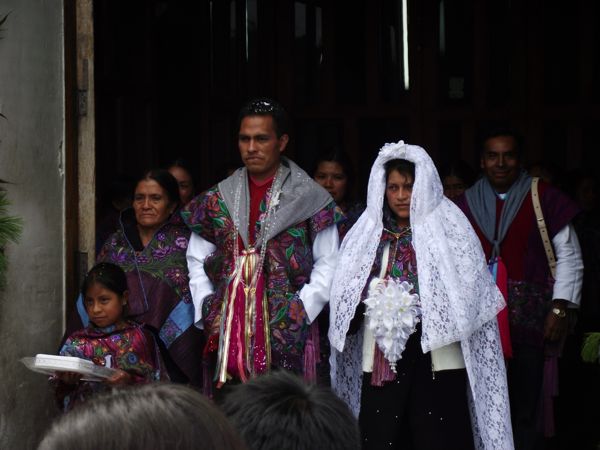 The men’s clothes are a little different. They wear ponchos with massive tassles. 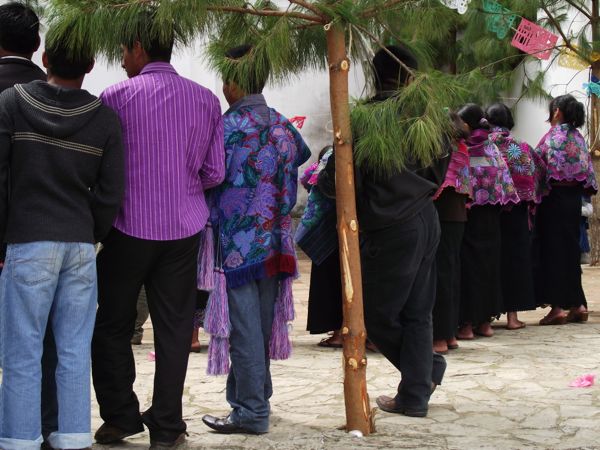 The women just wear something that looks a lot like an embroidered cape. 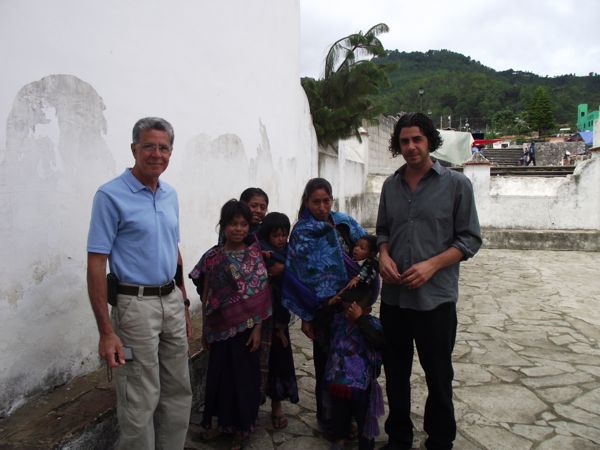 Obviously, we couldn’t take photos of the services, but I did manage to sneak a couple of pictures of the inside of the church after it emptied. 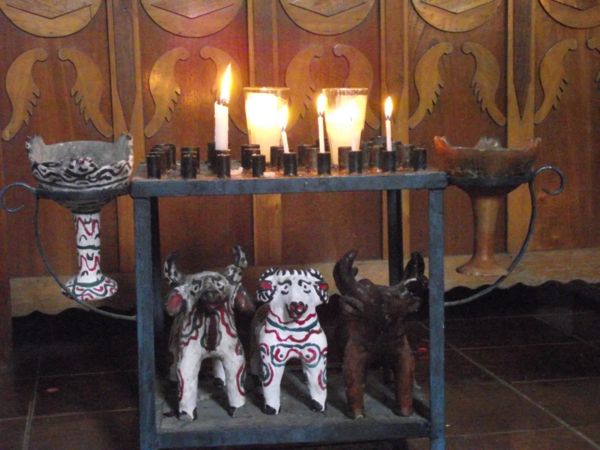 Isn’t it cool? The mix of the traditional Roman Catholicism with the indigenous practices?

Here’s some more of the church. There were lots and lots of flowers. 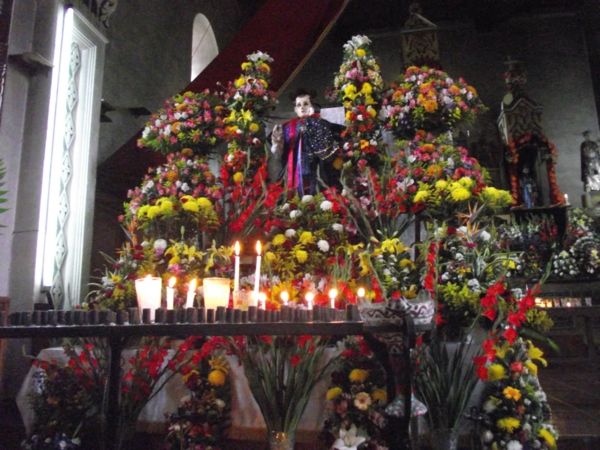 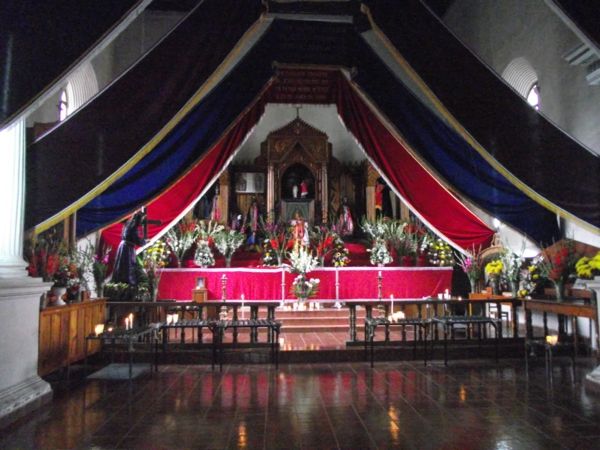 Here are some closeups of the fabrics. Huppy was under the delusion that he would wear one of the tasseled and embroidered ponchos in St. Louis until they told him it was like $70 for one. Technically cheap, but too much for a novelty. 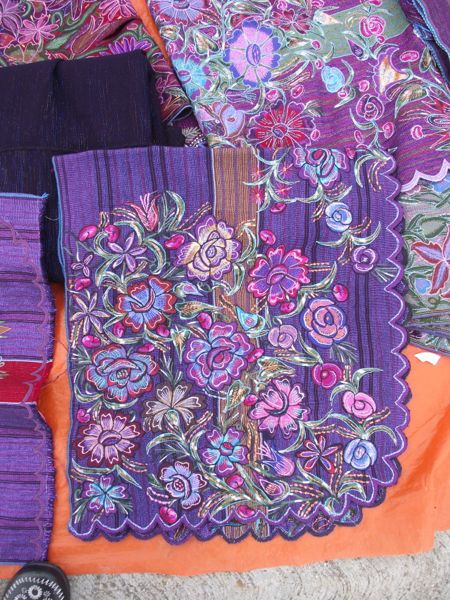 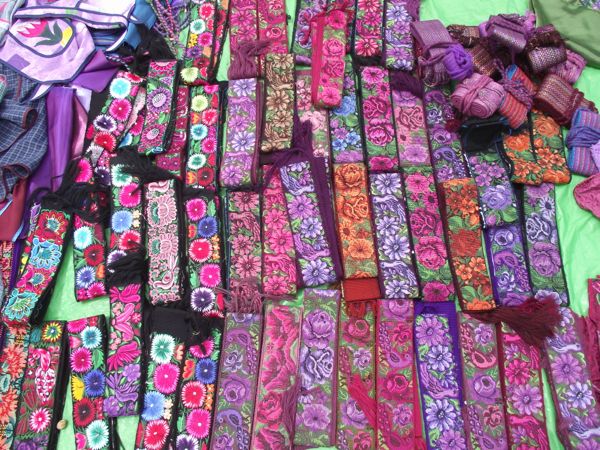 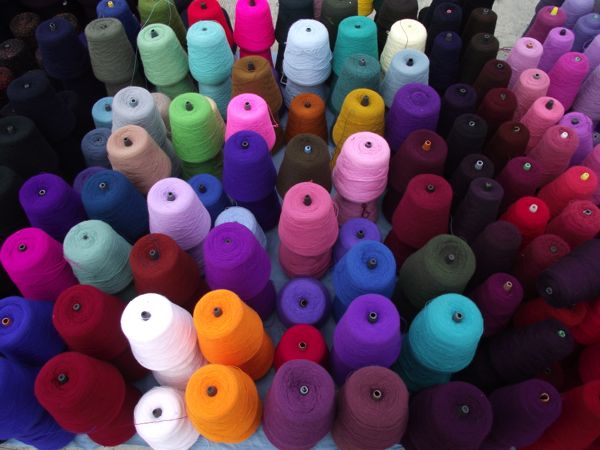 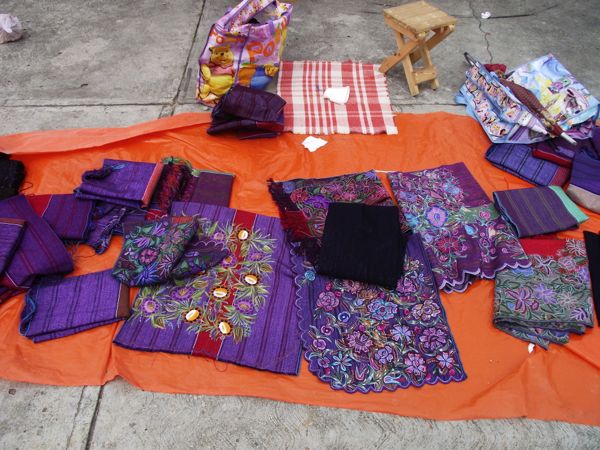 Gorgeous, isn’t it? Some of the women still do their own embroidery, but most of them purchase the pre-made ones. The women dress like that all the time. The men only do it on Sundays. SO GLAD we went on a Sunday. This girl offered, for a price of course, to show us her home. 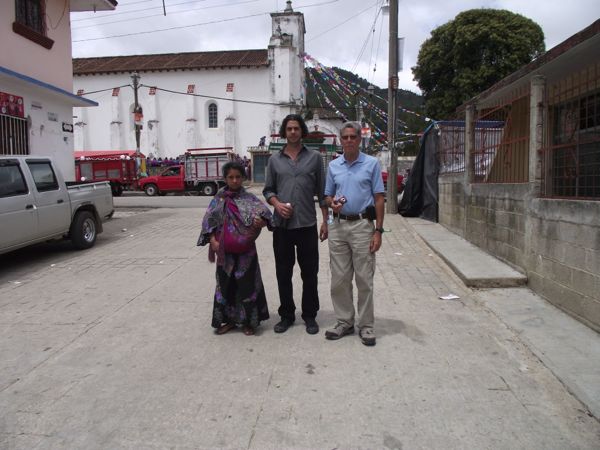 She’s so little, no? She’s 16 and we’re pretty sure that was her infant she’s carrying there. She said she’s never left this little town in her whole life. San Cris is only 12 kilometers away! It’s worse than those Long Island kids who never go to Manhattan. Her house was pretty sparse; not a lot of furniture and dirt floors. That’s what we saw anyway. Maybe, after all the tourists leave, the walls move around to reveal really posh living rooms with big screen TVs and they all laugh about how they fooled another bunch of touristas.

There are a lot of indigenous towns down here, but only a few allow outsiders. In fact, there’s a big election going on here and a lot of the politicians who claim to be ‘supportive of the indigenous’ say they’ve been to those towns, but the folks here all know that is impossible. Basically, the indigenous take the government handouts, but also demand full autonomy. Pretty ballsy I think but it works for them. They are pretty much left alone by the government, probably under the guise of ‘preserving their fragile culture’ which I think is just awesome.

Tomorrow we leave on a big adventure to Pelenque and the jungle. We won’t be back until Wednesday night so no posts before then. I’m a little worried my stomach won’t hold out. It’s starting to get a little questionable in there. And sadly, I didn’t bring ANYTHING with me thinking that I did so well in Peru and Ecuador, that perhaps my stomach has finally adjusted to all this developing world travel.

I guess Mexico is just a special sort of gastrointestinal challenge.  I mean, my god: 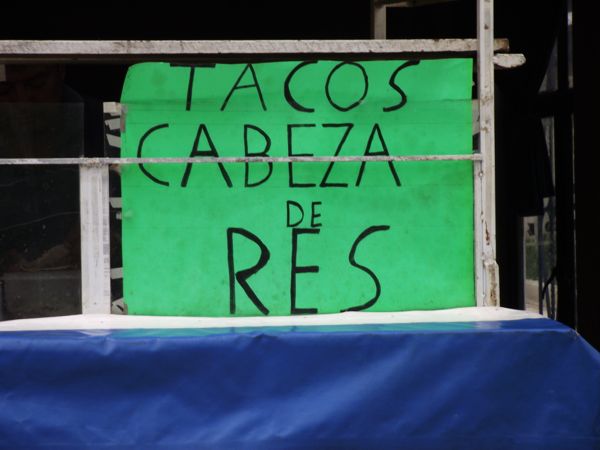 That means “cow’s head tacos.” Yikes. Even I have my limits.

One thought on “San Lorenzo Zinacantán”