When we’re in NOLA, we have to go to the North Shore A LOT. That’s because Huppy’s folks live there. There are two very long bridges here. One, the Lake Pontchartrain Causeway, which goes from Metairie to Mandeville, takes about 30 minutes to drive over and the other one is the Twin Span which takes about 10 minutes. BOTH bridges would make my nervous aunt hum a John Phillip Sousa song. To get to his folks’ house, we usually take the Twin Span. Yesterday, we did it a little different.

This time, we took Highway 90 which I think is also known as Chef Highway. The first thing we drove through was New Orleans East which, for the most part was extremely devastated by Katrina. There’s a section of it that’s sorta’ called “Little Viet Nam.” 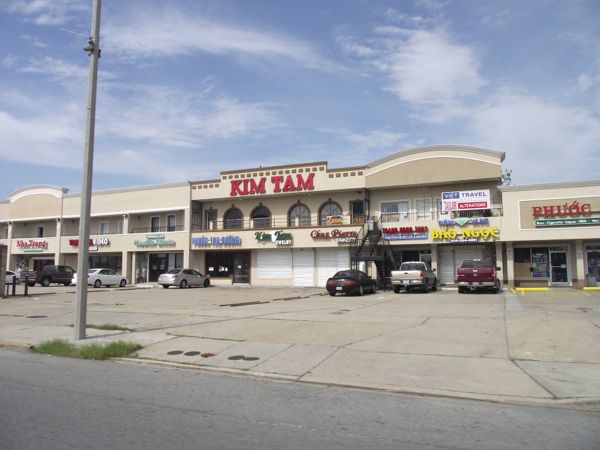 Tons of restaurants and grocery stores and all sorts of businesses that cater to or are run by Viet Namese. We went into one place that boxes and boxes of Jackfruit just cluttering up the aisles. 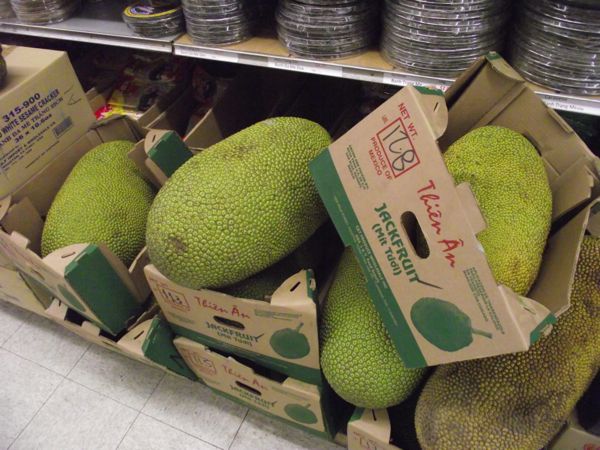 I bought some fresh Bok Choy and Huppy got a weird soy milk in a can thing. They spoke English, but poorly. They couldn’t tell me what some of the leafy things were. One of leafy things I figured out was Thai basil, but the rest of it, when I asked, they just kept telling me, “Oh, that’s cilantro” when obviously, it was not. I mean, not everything was cilantro. I’m not even sure I actually saw any cilantro there.

Overall, Chef Highway is a weird place. There’s a swamp of course and technically it’s actually in Orleans Parish. 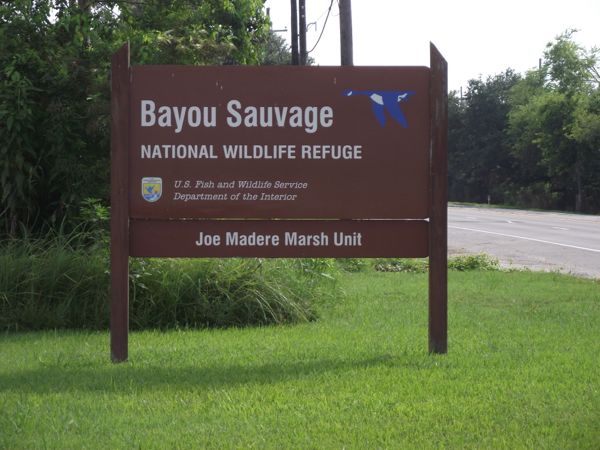 So, when people say the there’s real swampland in New Orleans, they’re not kidding. 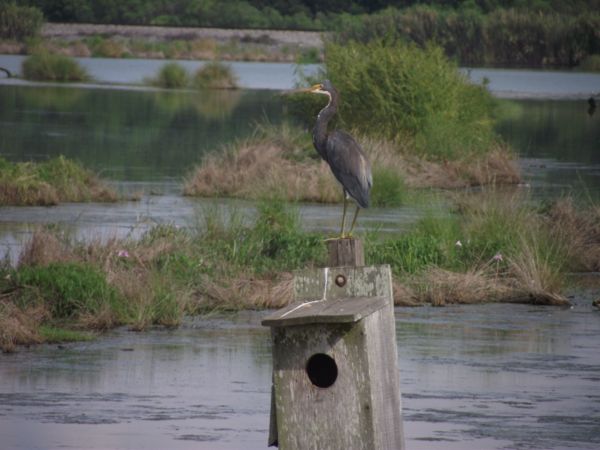 There’s also tons of independent motels and hotels all along the road. I don’t know about you, but I can’t remember when I saw a hotel that wasn’t a Marriott or Hyatt or EconoLodge or whatever. We stay at nothing BUT independent hotels when we travel abroad, but here in the states, we always stay at a chain.  The hotels used to be used a lot, but a combination of the I-10 being built and Katrina, they seem to have fallen on hard times.

The most interesting thing about the place is the homes on stilts. 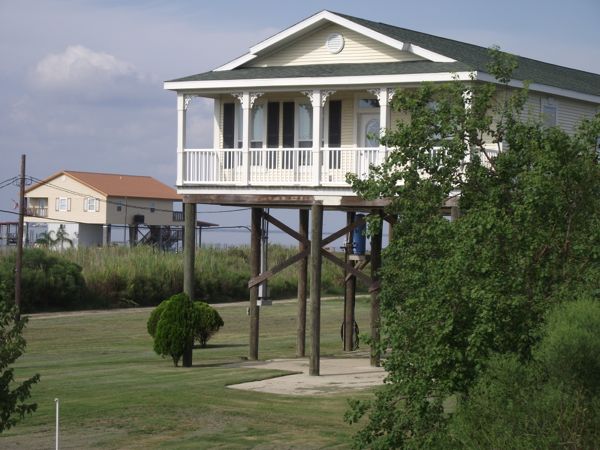 They’re like regular houses with porches and front doors, but they’re raised super high off the ground. 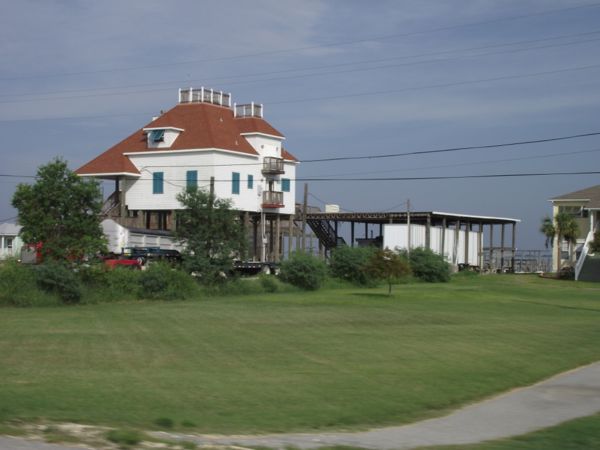 They also have pretty fabulous views of the Gulf. I liked this one little building that seemed to have no purpose whatsoever but to taunt people into taking a picture of it. 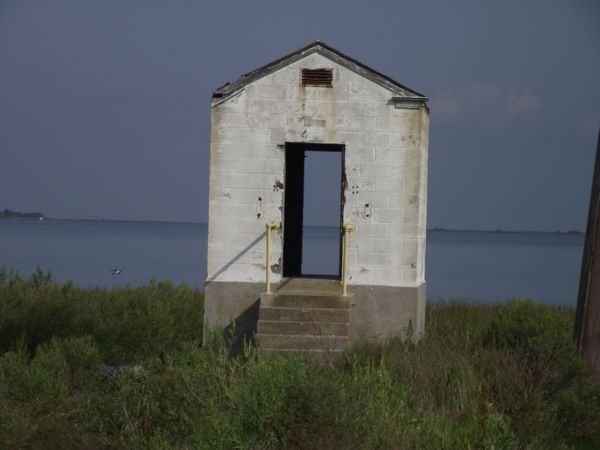 And there was a fort called Fort Pike. 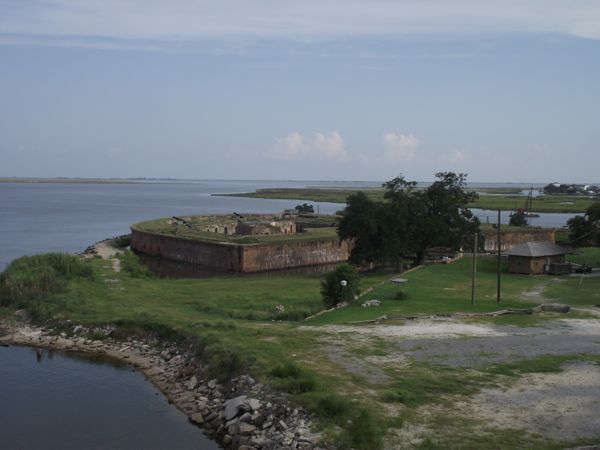 Typical of New Orleans military history, no cannon was ever fired at the 19th century fort, despite having participated in two wars; 1812 and the Civil War. Huppy says that New Orleans has a history of not really defending itself very well. In fact, I vaguely remember Huppy telling me some story about how a lot of the soldiers that were supposed to be protecting the city would basically march through town, surrounded by cheering citizens and once they got outside the city, they would just sit around and drink and goof off and then come back to the city at night, again to cheering crowds and pats on the back. I’ll have to ask him about that again. If true, it explains A LOT about this goofy town.

Theoretically, we’re supposed to take a drive down to Cajun country tomorrow and then on Monday, it’s the big drive back to St. Louis.