Here I had hoped that NOLA would’ve been a lot more fun than it has been. It’s not that it’s not a fun town, but since it’s closer to home than I’ve been in a few months, real life has been rearing it’s ugly head; worrying about travel, work, finances, getting teen Huppy back to school (he’s a Junior this year!), Huppy finishing up his manuscript and preparing for a talk, it’s all been, {sigh} a little too mundane.

I was so hopeful our first night back.

We went to Deanie’s in Bucktown and got a dozen oysters, the half sized fish plate and an order of crawfish etouffée. It was an awful lot of food. 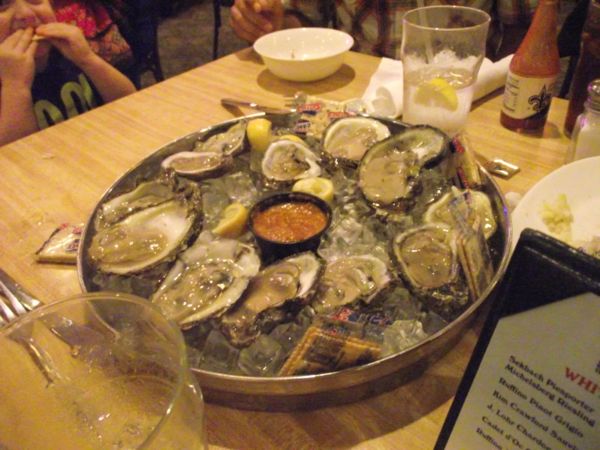 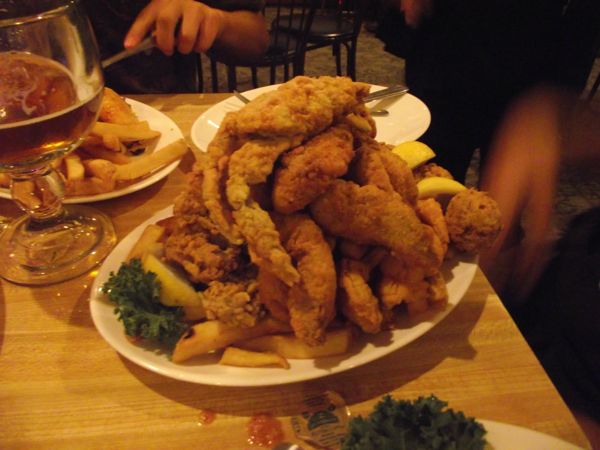 Yes, that is the half plate. I can’t even imagine how much food is on the whole plate. That there is french fries, catfish fingers, shrimp, fried oysters, crawfish balls and a soft shell crab. 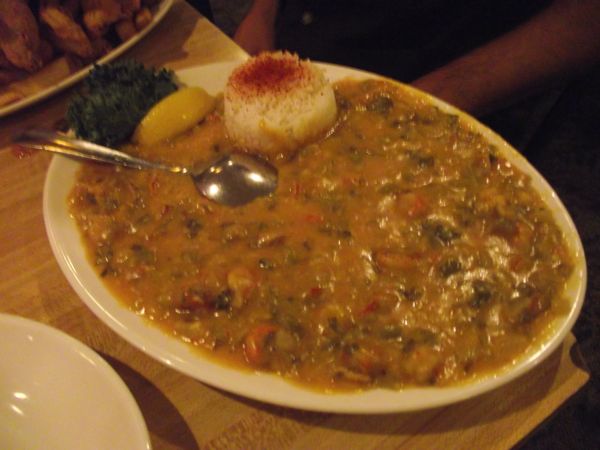 Yum is all I can say about all of that.

Then, a few days later, there was the shrimp and catfish po-boy at Parkway Bakery and Tavern with a side of potato salad. 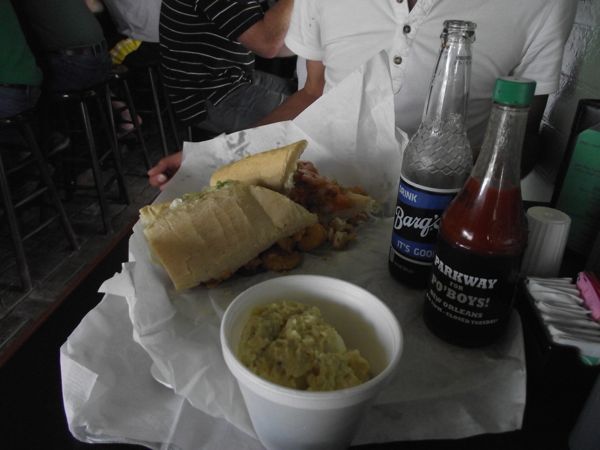 And snowballs from Hansen’s Snobliz: 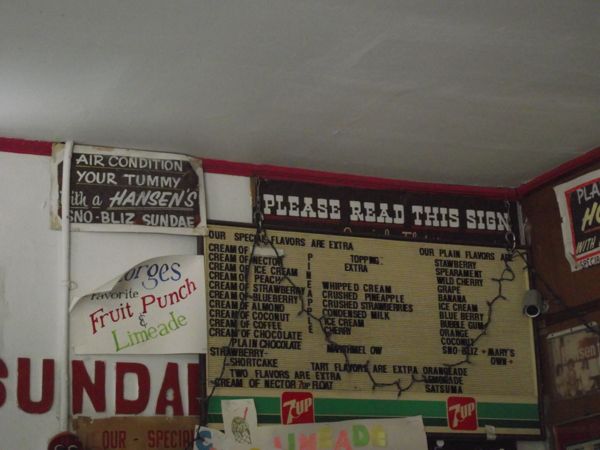 Made the real way, with real snow: 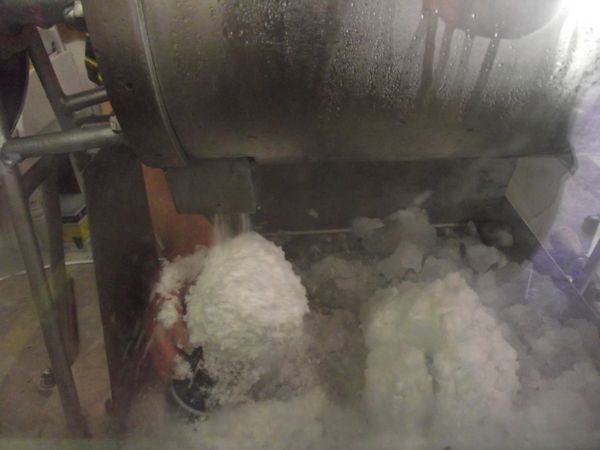 As real as a machine can make it anyway.

I got the ginger and cayenne snowball: 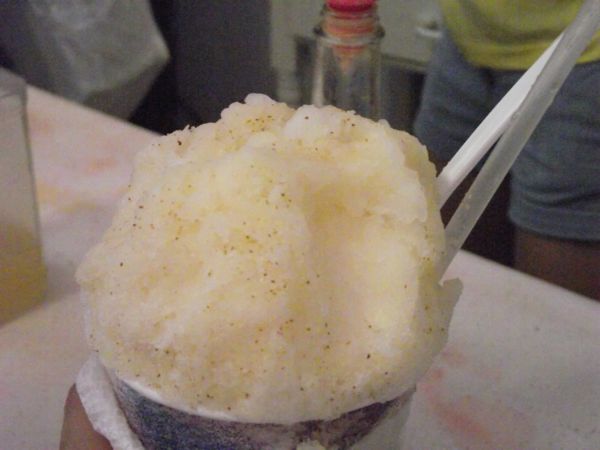 The next day, we had the crawfish and tasso pasta at Coop’s Place on Decatur Street: 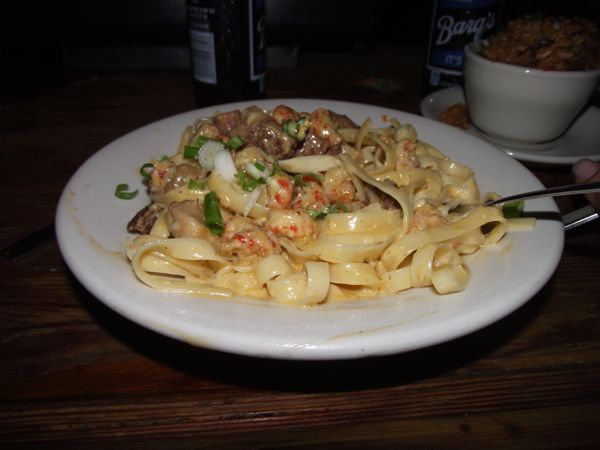 We’ve seen some music. We saw the Stooges at the Blue Nile, mostly because I really needed to hear a bunch of screaming brass, and we saw a bunch of different bands at Satchmo Fest down near the New Orleans Mint.

So, the visit hasn’t been bereft of fun.

And yes we saw our dog and yes she missed us and was very happy to see us.  I don’t have any pictures of it however because we were too busy saying hello to her to care about taking pictures.

We leave here in less than a week and then it’s back to the real grind in St. Louis.

I feel like a kid at the end of his summer break with the back-to-school blues.