And it’s about Tamales.

On Wednesdays and Saturdays, everybody sells tamales. I don’t think they need a license for it or anything, just, if you can make a good tamale, you can sell them to people. They’re cheap; most are under 10 pesos a piece. They’re usually stuffed with spiced beans and cheese. Obviously, there’s a bunch of them stuffed with chicken, beef and pork, but I was focused on the vegetarian option.

The Lonely Planet insisted that the best tamales were made by this little old lady on this out of the way road. We went there one saturday and sure enough, where you least expected it, there was the tell-tale red light on display. (Unlike Amsterdam, a red light means “Tamales sold here!” and not “Prostitute!”) (I wonder if the tamale red light is where the sexually derogatory saying “That’s one hot tamale!” came from? Hmmmmm…..) 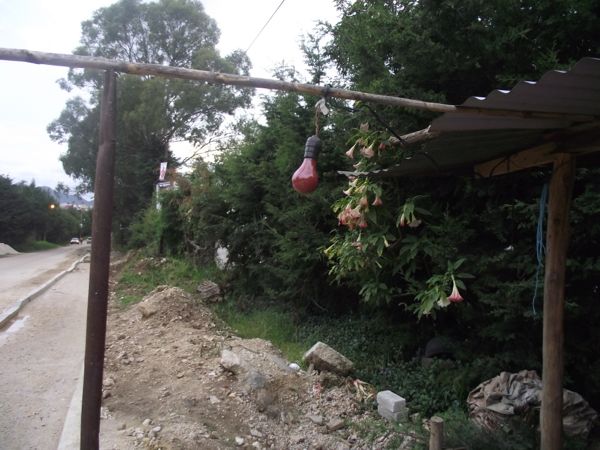 Most of the rest of them in the city look like this: 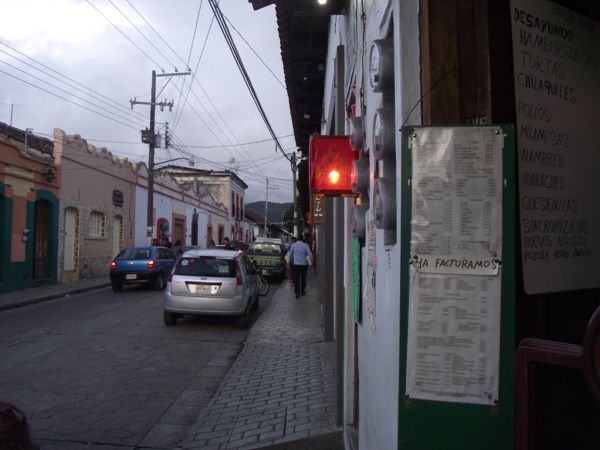 No tamale lady. Talk about disappointment.

We saw what must’ve been her daughter and she swore up and down that the NEXT Wednesday, they would indeed be selling the bean and cheese variety. We said “Really?” and she said, “Yes. I am sure of it.”

The NEXT Wednesday, we marched on down there (a 20 minute hike down a dirt road). 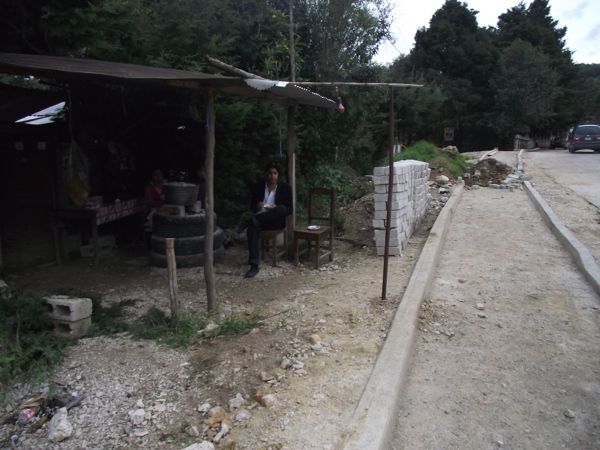 By that time, we fully understood the Mexican practice of telling us whatever it was we wanted to hear, so we planned our rampage should she fail to produce the magical tamales. Honestly, we were convinced they wouldn’t be there. Lucky for her, they were there.

And boy were they good. 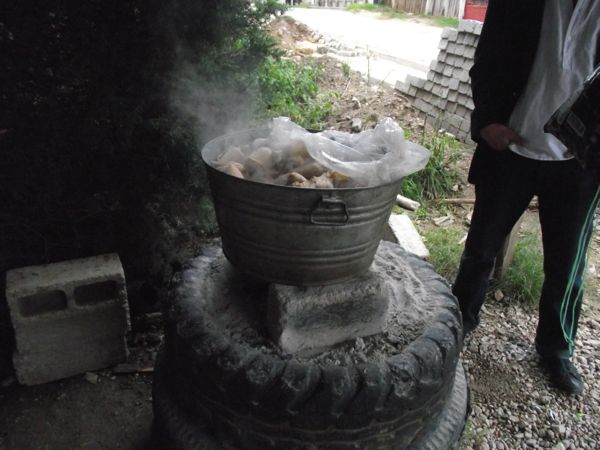 They steam them in a large caldron. 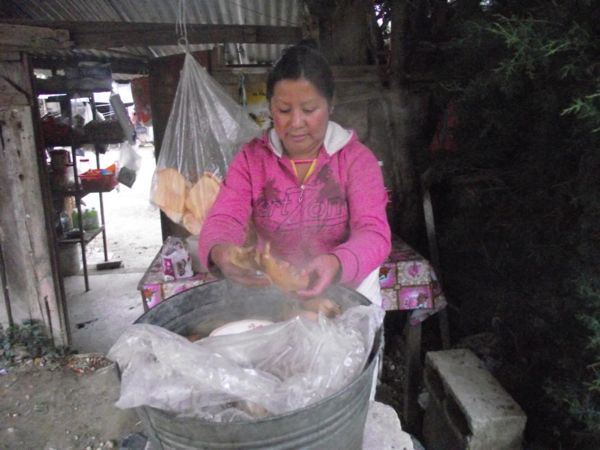 And she pulls them out with her bare hands.

They were well worth the wait. They were moist AND delicious. And what’s better, they were only 6 pesos a piece! That’s barely 50 cents USD!

We bought 10 of them and had them for breakfast AND dinner the next day.