Wow. I haven’t posted for two whole weeks. Where has the time gone? Oh, right, I know. I’ve been on the move. Peter is staying behind in NOLA, teaching at UNO and starting his two major research projects and the stepson got his first, full-time summer job. After a rough year and an even rougher move, I just felt the need to mooch off family… in the North… where the temperatures are more reasonable. (Lagniappe is comfortably enjoying her stay at the Spa, a.k.a. my in-laws’ house on the North Shore.)

END_OF_DOCUMENT_TOKEN_TO_BE_REPLACED

That’s the thing about NOLA; the music never stops.

END_OF_DOCUMENT_TOKEN_TO_BE_REPLACED

Mostly because you never know when you’ll see a nude bike ride parade. 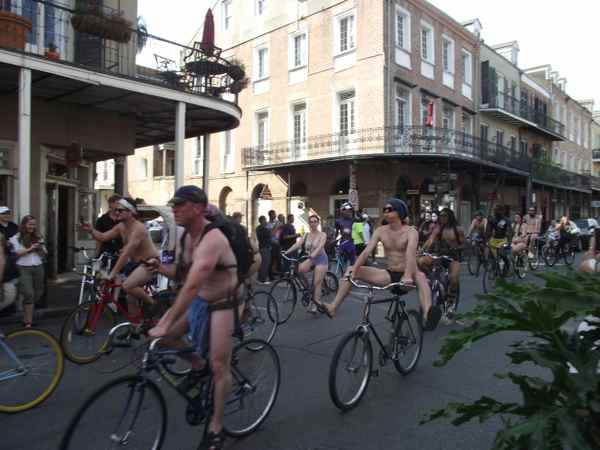 And they had a police escort! Anywhere else, this would’ve bordered on complete disaster, but here, folks just kinda looked, snapped a few pictures and went on their merry way.